Whenever I check my emails and see I've got a random burst of new tumblr followers, I just think 'oh crap, what's gone unintentionally viral now?'

Anyone got any series 3 wishes of their own? I'd love to hear them.

Edit: I actually got all of these granted. Wow, I can't believe that :)!

I really enjoyed this OAD. When you've had a break from SnK you really forget how exciting this anime is. So it's great to once again be plunged back in to the action.

For those who haven't seen this yet (or read the omake it's based on) this OAD documents the events recorded in the field diary written in the final days of a young survey corp member. Like the anime, additional scenes and extra bits of plot pad out this rather brief little story, expanding and building on the original manga, rather than altering it or taking liberties. There were a lot of nice extra touches in this OAD, such as the body in the tree, and Hanji returning Ilse's uniform and diary to her parents at the end, which gives her story a nice sense of closure. I have to admit though, until watching this, I'd never realised Ilse was a girl :x. I'd always thought she was a boy.

The fandom/video game inspired jewelry is incredible! Check it out for christmas!

There will be a new episode.

It will be the last one ever.

According to online rumours, apparently we will be seeing Sherlock's father in series 3.

It is actually stupid how excited this makes me.

John Finnimore has stated that there will be news about Cabin Pressure announced tomorrow *screams silently*.

So Sherlock really has been gone for two years.

Oh my god, this manga is adorable! 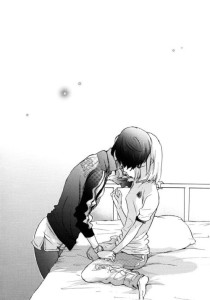 The manga follows the budding relationship between a champion track team runner and a shy member of a school gardening club. It's a lovely little manga that really gives you the warm fuzzies without becoming overly gooey or sickly sweet. At just a volume long, it's really worth checking out, and a must read for fans of romance and the shoujo-ai genre!

Very small batch. Please help yourself if you like :3.